View cart “Shea Butter 220ml (karite butter)” has been added to your cart.

Amazonas snail cream is an exotic and original snail cream, made from the snail slime of one of the biggest snails (Amazonian snails) and with an original formulation for the beauty of your skin. Our Peruvian laboratory makes this cream with direct Amazonian ingredients and we bring it for our European and American clients.

This natural cream (known as baba de caracol cream) is used for the prevention of the premature ageing and to rejuvenate your skin. If used regularly it can reduce wrinkles, blemishes and stretch marks. The snail cream is also a fantastic cream to moisturise and to help reduce the sting of shaving rash.

The history of the snail use in beauty products began when some South American workers, handling snails for export, noticed how the cuts on their hands healed quickly and their hard rough working hands became smooth and soft. Later scientific studies discovered that the secretion of the snail contains elements that the snail uses to repair and regenerate damage sustained to its shell. These elements work in same way on human skin.

How to use Snail Cream: Apply Amazonas snail cream to the affected area twice a day. Ensure the skin is clean before applying. It can also be used to treat acne and burns (it could sting a bit when applying on burns but it passes after some seconds).

In recent years the field of beauty care has seen a phenomenon experienced by the emergence of snail protein, a natural product with fascinating cosmetic properties. Snail protein is a secretion produced by the land snail that is vital to the processes of repair and regeneration, and after careful studies it was discovered to promote the same processes in human skin.

Amazonas snail cream is the snail cream mark developed by our company in South America with Amazonian snails. We are exporting this cream to many countries around the world with increasing demand thanks to its effectiveness. 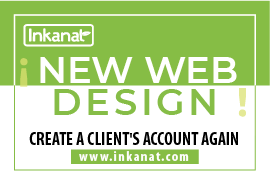